You are here: Home / Gentle Parenting / A Society That Hates Kids?

“The really big thing that strikes me is that as a country we don’t seem to really like children. We don’t value them. We don’t see them as citizens of the future. We really don’t like them very much.”

I read these words by Alison Michalska after a particularly difficult day out with our toddlers.

It wasn’t difficult for the reasons you might expect with two toddlers in tow.

Society made it difficult…the couple that glared at my child for an entire bus journey, the cafe owner that clearly didn’t like me breastfeeding and the nasty man who advised me that a ‘good slap’ would sort out my crying toddler!

Read any article about gentle parenting and the comments section is bound to be filled with insightful remarks like “kids today need a good beating, it never did me any harm”.

But, why are we so hateful towards our young? Why do we think parents should  ‘toughen kids up’ and train them to act a certain way?

Why are we so intolerant towards children?

In the UK we are obsessed with children’s behaviour. We expect toddlers to act like adults. We expect teenagers to deal with emotions that we would struggle with ourselves.

Generally, a lot of British people are extremely critical of children and of their parents too.

We’re massively embarrassed by our children’s behaviour. We over-parent when we feel that we’re being judged and we openly criticise our children.

I feel sick admitting it but I’ve done the above. It’s like some weird parental peer-pressure.

It’s not this way everywhere though. On the continent we’ve really noticed how children are just expected to be children.

We’re currently on a gap year in Deux Sevres in Western France with our two toddlers.

I was half dreading mixing with French parents as I’d read that they were overly strict, smacked and ignored tantrums. A lot of the writers sharing this nonsense even cited these as positive reasons why French children behaved so much better than other kids.

However, having spent a lot of time around French children we can tell you that French toddlers DO have tantrums and they don’t sit in restaurants silently for hours while their family dines!

We noticed the same in Spain too. They are far more accepting of children. They expect them to act a certain way.  They’re not embarrassed or uncomfortable when they do.

In the UK we’re stuck with this strange Victorian notion that children should be seen and not heard. They must address their elders as ‘Sir’ and ‘Ma’am’. It seems ridiculous writing it but it’s true.

The supermarket glares, the nasty comments on the bus…they all stem from this idea that kids should basically keep quiet until they’re old enough to leave home.

What I’ve witnessed on the continent (in general) is much greater respect and affection for children. There is no them and us.

Adults greet children as they do other adults. When a toddler does something toddler-like the parents don’t start tackling the child to one side or start hollering at him/her. They calmly but firmly explain what is expected and move on.

Now, I know parents in the UK who are expert examples of gentle parenting. We try our best to parent peacefully too.

The vast majority have chosen this way of parenting because they want a better relationship with their children than they have with their parents. They felt they weren’t listened to or they were brought up terrified of disobeying or disappointing a parent.

It’s great that new parents can recognise what went wrong and work on doing things differently but it’s made difficult when society doesn’t ‘get-it’.

When my three-year old had a very mild tantrum in a UK supermarket the cashier told him “to stop being a horrible naughty boy” for his mummy. He was so upset by his aggression that he responded by having a real tantrum.

The cashier has clearly never learnt to deal with his emotions.

So how should you deal with a toddler being ‘toddler-like’ in public?

Exactly the same way as you would in private. Intolerant busy-bodies should have no impact upon the way you respond to your child.

Focus on your child. Go somewhere quieter if it will help. Let them work through what they’re feeling until they’re ready to talk.

As a society we need to better educate ourselves about how we can support children and young people as they grow. If we want the future adults of this world to grow up to be kind, strong, independent and creative then we need to be conscious of the way we interact with them from the day they’re born. 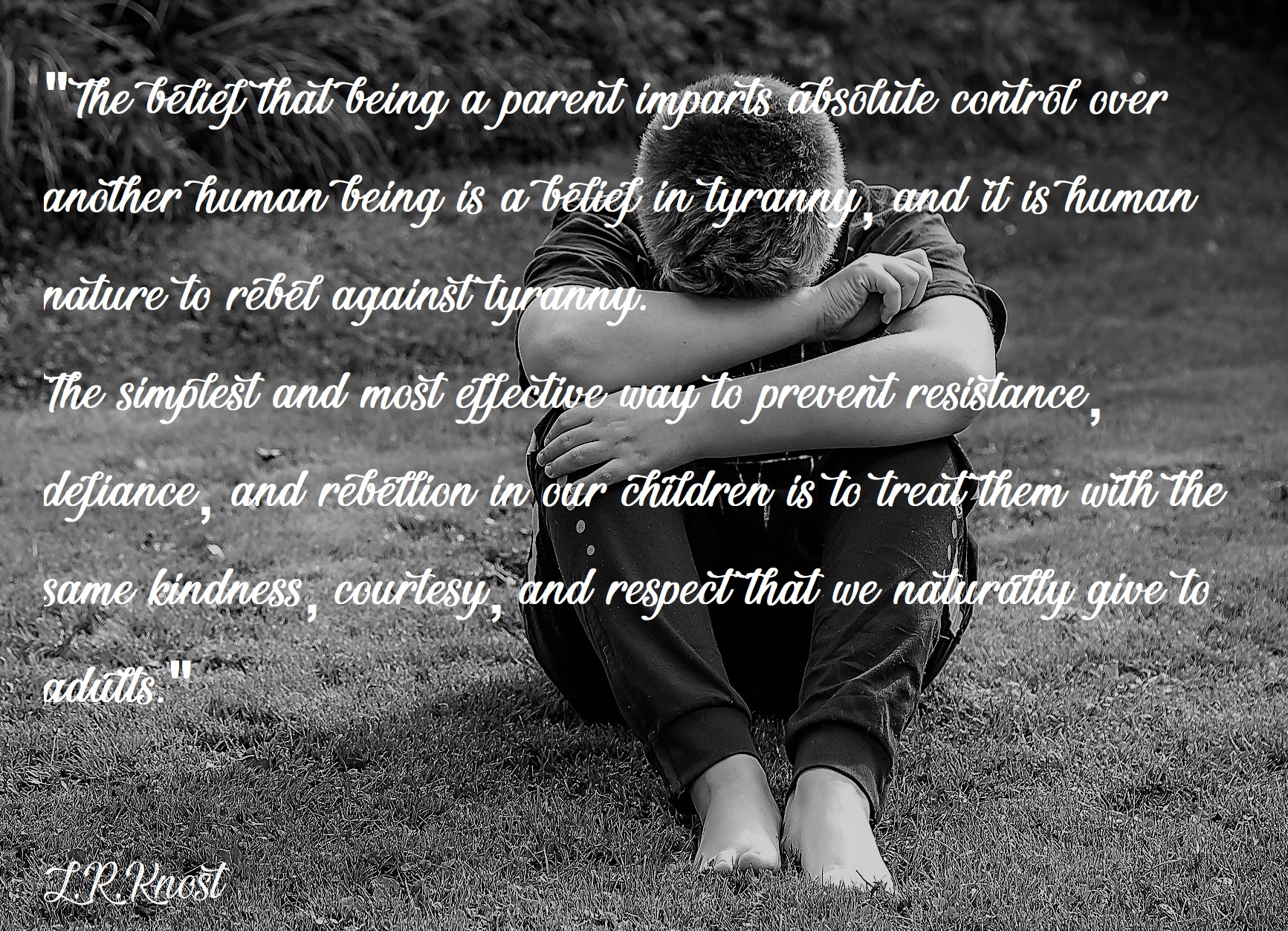 I really think that this generation of parents is changing things. Most of the parents and non-parents we spend time with are aware of the benefits of ‘gentle parenting’.

We can’t get it right all of the time but we can at least give it our best shot!