You are here: Home / Home Education / Home Schooling | Coping with being different…

We took the boys to try out a cycling club.

After about 20 minutes of going around a circle laid out with orange cones Leo asked me “Can we go now?”

The other kids were still cycling around and around so I encouraged him to keep going a little.

The coach joined in and attempted the “can you go fast like [insert name of child speeding past]? Are you a big boy?” technique that NEVER works on our strong willed child.

I’m pretty sure I visibly flinched.

I love the fact that our four year old has the confidence to say how he feels but I hate that it triggers such an uncomfortable feeling deep within me whenever he does something ‘different’.

My brain attempts to switch on the “what is everyone else going to think?” mode.

That initial response will always pop into my head first.

“Why isn’t he doing it like all the other kids?”

“Am I doing something wrong?”

These thoughts are often driven by ‘should’s” and usually stem from societal expectations.

Thankfully, my rational thoughts chime in “It’s great that my child recognizes how he learns best. This is pretty boring…although I’m sure we can practice more respectful ways of vocalizing that opinion!”

Many of us were raised in society where there’s a culture of caring more about what other people think of you than how you feel about yourself.

Where being seen as ‘normal’ was more important than anything else.

You see, my son is the absolute opposite of me in that sense.

When I was younger, I would have let someone stick pins in my arm rather than disappoint them by asking them to stop.

From behind this screen it’s easy for me to write about how kids should be appreciated as individuals and to share memes about going against the grain but the reality is that it’s not always that easy.

However wrong it feels to conform…it’s still difficult to stand out.

Most of us want to fit in. It’s human nature to want to be accepted by our tribe.

But we have to balance our need to be liked with our desire to live authentically.

It’s those differences that enable us to think critically and be creative, to survive and thrive.

“Do not fear to be eccentric in opinion, for every opinion now accepted was once eccentric.”

So, surround yourself with like-minded people.

Starting this page has helped me so much.

And,  identify your priorities.

We homeschool, co-sleep and let our kids think for themselves.

They’re usually muddy, sometimes grumpy, often opinionated and usually only want a cuddle from Mummy at bedtime (if anyone else attempts to get one they’ll tell them this!)

So, we left cycling club for another time and instead we walked to the beach, where I sat with the littlest as Leo collected litter from the shoreline. 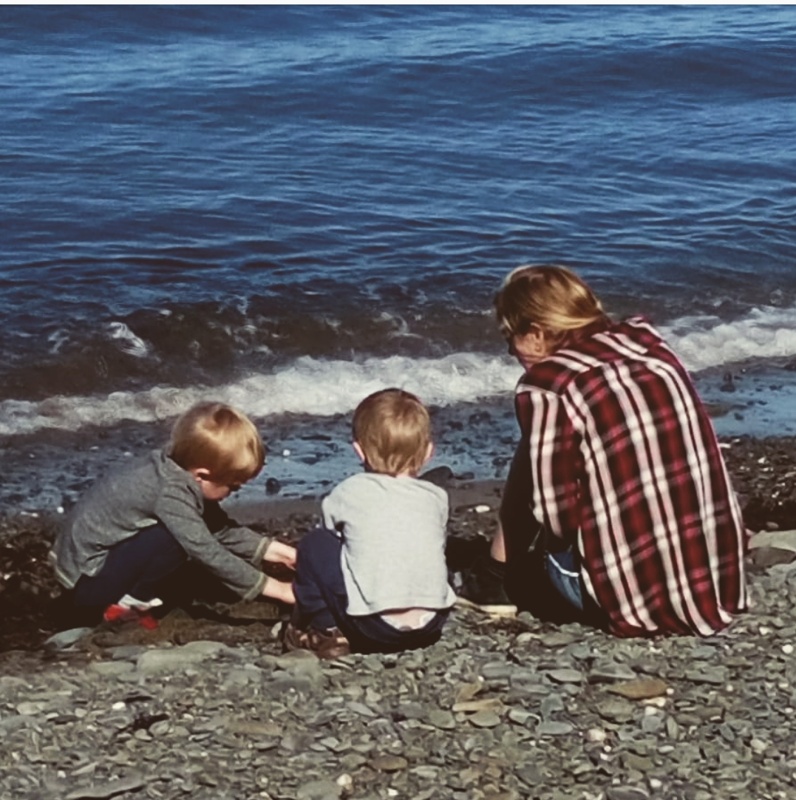