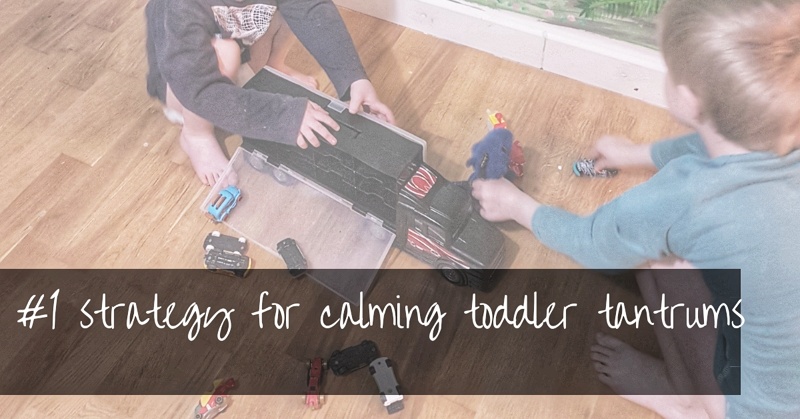 Why does my toddler keep throwing tantrums?

Toddler: “I want a banana.”

Me: “Here you go…” *innocently peeling off the skin and snapping a little-person portion.

Toddler: *who’s now a heap on the floor. “You breakded it. I don’t want a breakded banana!”

It seems totally irrational doesn’t it?

The thing is a toddlers thoughts aren’t always rational or logical.

Their behaviour is driven by the hippocampus (the “caveman brain” as my four year old calls it).

That’s why toddler responses seem so OTT to us grownups…because they are responding with pure emotion.

Usually it takes a little more than a snapped banana to trigger an adults fight or flight reaction but to a two or three year old, that banana is a huge deal.

So, what do we do when we’re faced with this irrational behaviour?

The #1 rule when dealing with toddler tantrums…

…and don’t try to threaten or punish.

Resist the temptation to say…

“But, your banana still tastes the same in half.”

“You never eat a whole one anyway.”

“Look, I’ve stuck it back together.”

“Stop it now or I’ll put it all in the compost.”

“Stop making a fuss or you’ll go on the naughty step.”

It’s not uncommon for parents to be advised to ignore their child’s tantrums.

…or it might teach them that no-one actually cares how they feel and that they should numb their feelings.

Responding to your toddler with empathy will help them learn emotional self-regulation AND most importantly they’ll learn that you are  there for them no matter what. 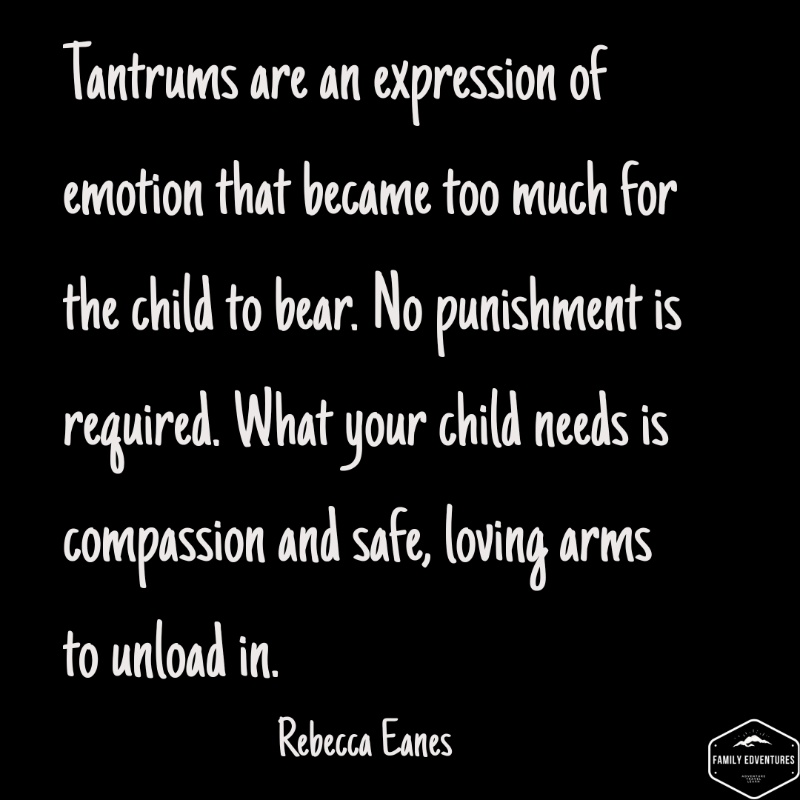 So, when your toddler throws himself to the floor screaming about a ‘breakded banana’, a blue cup or a much-loved toy…take a deep breathe…and say something along the lines of…

“You don’t want the broken banana. You’re sad that I broke it.”

What if my toddler’s meltdown continues?

Make sure that when you acknowledged your toddlers emotions you are also matching the intensity of his or her feelings.

I don’t mean that you should get angry and aggressive if they are but try to genuinely empathize with them.

You know that friend who’s a really great listener and just seems to get you.

You need to be that friend right now.

“Wow! You’re SO cross. You REALLY didn’t want me to break your banana. But I broke it and it made you SO SAD.”

If you have a particularly strong-willed toddler then they may take longer to calm down.

What if my toddler hits?

If your toddler is going to hurt someone or break something, you need to calmly step in.

Don’t scold, just hold or gently block their arm so that they can’t hurt anyone.

Stay with them if it helps. However, some toddlers (including my own) will prefer to be given a little space.

When we gently and calmly stop our toddler from hitting those pent up emotions will surface and they will feel a sudden rush of emotions.

Rather oddly, you want this response. You want your toddler to show those big emotions.

To let them out.

There’s no need for you to say too much while all of this is going on.

“I’m sorry this is difficult. We’ll have a play again when you’re ready”.

“It’s hard when you want the same toy. You can have it when he’s finished.”

Trying to correct and teach a toddler while they are in fight or flight mode won’t work well.

Wait until you’re both calm later in the day to talk about what happened.

Books are a great way to begin non-confrontational conversations with your little one.

One of the most challenging aspects of dealing with toddler tantrums has to be recognizing and coping with our own triggers.

We won’t always manage to respond perfectly and that’s OK.

At those times, wait until you’ve calmed down and talk to your child (even if you think they don’t understand).

Apologizing to our children when we need to is so important.

Connection is more important than correction.

So, there you have it…How To Deal With A Toddlers Tantrums…I’d love to hear from you if you try this out. 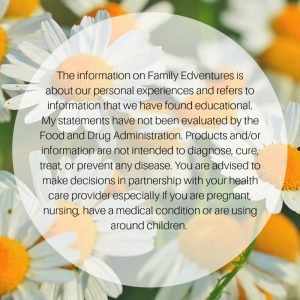