You are here: Home / Gentle Parenting / How to parent a strong willed child without crushing their spirit…

How do I know if my child is strong willed?

Have you ever looked at other kids and wondered why they look so much “easier” to parent than your child!?

Why does my child so stubbornly refuse to leave the park?

Why does my baby arch her back when I try to put her in the pushchair?

Why does my four year old argue and negotiate so persistently?

If you understand what I mean then you probably have a strong willed child!

As a result you’ve possibly even doubted you’re own parenting ability...I know, I’ve been there! 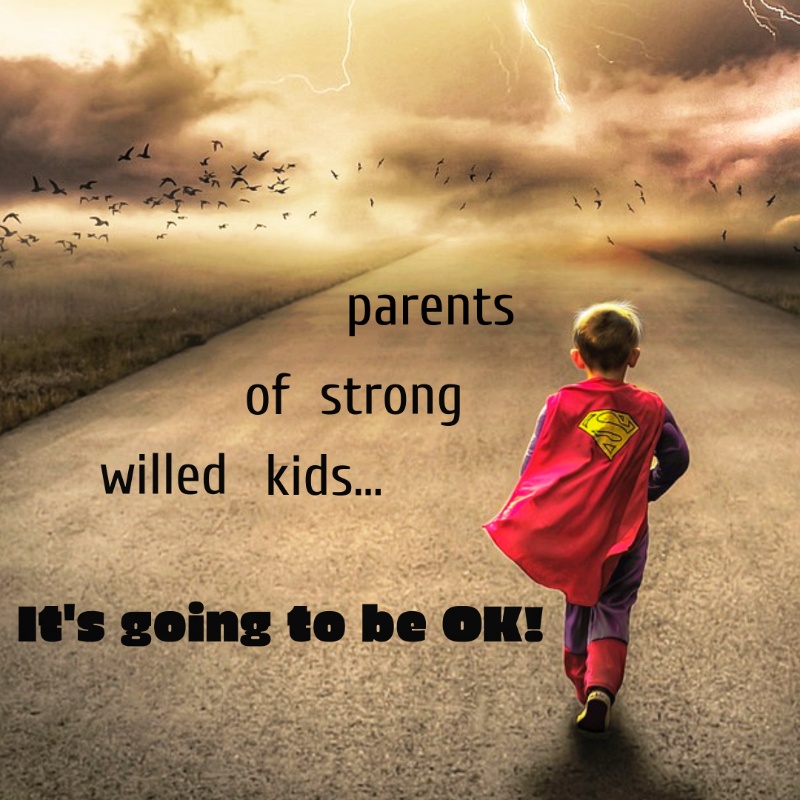 But, just to be clear, strong willed children are not the product of ineffective parenting nor are they naughty or disrespectful.

A strong willed child is actually born with the very same characteristics that many of us would hope to see in our adult children:

Research has even shown that these strong willed traits will actually help your child to become more successful.

The trouble is that when you need your 9 month old to sit in her pushchair or your four year old to leave the park, that determination and perseverance can quickly become a real headache.

But you know what, we can’t expect to have full control over our kids and yet somehow expect them to assert themselves years later when their mate offers them a cigarette.

The reality is that parenting all children has it’s challenges. Toddlers especially are supposed to be willful but not all toddlers are strong-willed.

Most toddlers will have meltdowns but a parent of a strong willed child will have noticed these challenging characteristics in their child much earlier.

These traits may however become more obvious during certain developmental phases.

Our first born made it clear from a few days old that he knew what he wanted and he let us know about it.

I would describe him as a child who loves to make people happy and help out but if you don’t respect his voice then he’s not going down without a fight (he uses words not fists!).

Ask him to do something and he’ll usually oblige but tell him and it’s 50/50 whether he’ll do it.

The older he gets though, the more I’m loving these traits.

I’ve watched him spark conversations with strangers of all ages.

He somehow managed to get a park full of kids playing the same game…at 3 years old!

He will defend anyone if he feels that something is unfair.

I’m so proud of the person he is…but somedays he is just hard work!😂

There are certain temperament traits that are common to strong willed children:

A strong willed child tends to be more active.

A strong willed child will react more positively  when an activity is something they want to do but if they don’t want to take part they will let you know about it.

A strong willed child is highly sensitive and will have an emotional response to various stimuli.

A strong willed child can definitely be described as persistent. If something is up you’ll know about it.

A strong willed child will not be easily distracted from something he or she wants to do.

How to parent a sensitive and strong willed child?

So, fellow parents with strong willed offspring, how do we parent these sensitive kids without crushing their spirits?

Strong willed children are particularly difficult to parent because they are very sensitive to what’s going on around them.

I also feel it’s made more difficult because our society has little room for kids.

They are supposed to eat what’s on their plate, sit quietly, not question commands and generally act like butter wouldn’t melt or run the risk of being labeled as “difficult”.

Why parenting choices are so important if you have a strong willed child?

So, if you’ve ever wondered why some children seem to respond less negatively than your child to cry it out, time out or other authoritarian methods it may be because you have a strong willed and sensitive child.

When raised by authoritative parents,(this refers to gentle parents and is not to be confused with authoritarian) strong willed children tend to do better in cognitive, academic and social aspects.

However, when the parents are not, consistent, fair and empathetic (most of the time) strong willed children don’t fair so well.

How do you raise a strong willed child without crushing their spirit?

Acknowledging that you have a strong willed child is important.

The problem strong willed kids face is that their perseverance, determination and enthusiasm is viewed by some as disobedience, defiance and hyperactivity.

When these traits are seen in a negative light it’s tempting to over-parent in an attempt to get the child to conform.

Because strong willed children are more likely to respond negatively to punishments and exclusions this response should be avoided.

They’re natural born leaders who stand up for what they believe in.

Everything they feel seems to be magnified tenfold.

For example my son will be deeply hurt if he feels that he’s disappointed someone.

I remember at around two years old he asked me why a passer by was “looking grumpy sad at him”.

He was right. I’d noticed them too. I can only assume that the noise he was making as he skipped along offended them.

So, talk about feelings, read about feelings…excitement, anger, happiness,  jealousy, guilt, pride. Help them to navigate and communicate what they are feeling.

I’ve found it really helpful to prepare my son.

So, I make sure to talk to him before a certain situation.

For example, before we head into town I’ll tell him that he needs to hold the pushchair until we reach the park.

Or, I’ll let him know that he can play with his cousins until 11a.m then we’ll come home to do some crafting.

It gets any debating out of the way in a safe place and gives him a sense of understanding about what’s going on.

When it’s all getting a bit much and my boys are just not getting along I take a deep breathe and remind myself that we’re on the same team (most of the time!)

I’ll sportscast what is going on. This is basically saying what I see but without taking sides.

So, today it went something like “Bastien wants the teddy and Leo wants the teddy too.” “You’re both pulling the teddy because you both want it “. “Can we work this problem out together guys?”

I know…it feels ridiculous but it really works!

Eventually, Leo usually wins the tug of war, plays with it a second before deciding it’s Bastien’s turn. Or, he decides mid-battle that they can play with it together.

I know that this works so well because on a day when Mummy has a little less patience it goes more like this “Can you just play nicely. Leo let your brother have a turn”. Cue the pinching, snatching, pushing, tears and cuddles.

Remain on their team. Be a parent they’ll turn to for support when they need you.

I’ll start by saying that kids and “no environments” aren’t a great mix.

A “no environment” is anywhere you’ll have to lay down the law a lot. Think, quiet restaurants,  fancy teapot shops and Playmobil exhibitions!

But, should you find yourself in a “no environment” try to redirect your child’s behavior towards something positive.

Instead of saying “Stop throwing that ball indoors” try “Let’s take the ball outside to play”.

If he’s tipping bath water on the floor I’d gently guide his hand back towards the bath and say “water stays in the tub”.

The key is to stay calm, set clear boundaries and give relevant consequences.

If redirecting doesn’t work and bathwater is still flooding the floor then I’d calmly say “Mummy will look after the cup because the floor is getting too wet.”

Natural consequences make a lot more sense than a random punishment like time out or a confiscated toy.

He may still cry. He may happily play with a different toy. He may need to get out of the bath.

He may get to try again.

Which leads me nicely to no. 7…

This has to be the most effective method of dealing with my strong willed child right now.

Like I said he hates getting something wrong, he hates displeasing people.

Sometimes when I can see that he is emotionally stuck and has no idea what to do with all of that determination and perseverance that’s been brewing it helps him to reset and try again.

If he’s gotten angry and feels ashamed or if he is overwhelmed then the “reset button” gives him  a chance to practice other scenarios and to get it right.

We’re big on problem solving in our family and it works really well with our strong willed sons.

I try to avoid using negative words like “but”, “stop” or “no”…or rather I save them for times when I really need them (or haven’t had enough sleep!)

Instead I use three simple words…”the problem is…”

So instead of  “I told you to stop throwing lego on the floor”.

I’d say “The problem is that if the lego goes all over the floor then we’ll loose some pieces and then we won’t be able to build”.

Presenting it as a problem rather than a command means that he’s much more likely to help find a solution.

When he was younger I suggested the solutions but now he’s older he can do it himself.

I know that parenting strong willed kids is exhausting…you just want the battles to end…the meltdowns to stop.

There is no magic strategy that will transform your strong willed child into a compliant child.

During those difficult moments remember that every challenging situation is teaching your child something and is building or breaking the connection that you have to each other.

As parents our job is to guide them and allow them to develop self control in a safe environment.

You don’t need to be perfect,  you don’t have to do everything to the letter every single time.

The fact that you’re reading this says it all I think.

If you enjoyed reading about how to parent a strong willed child then please like or or share it!