You are here: Home / Travel and Fun / Family Travel Tips / Learn a New Language as a Family

Many people still believe that children learn languages much more easily than adults…others disagree and there are studies that back them up. 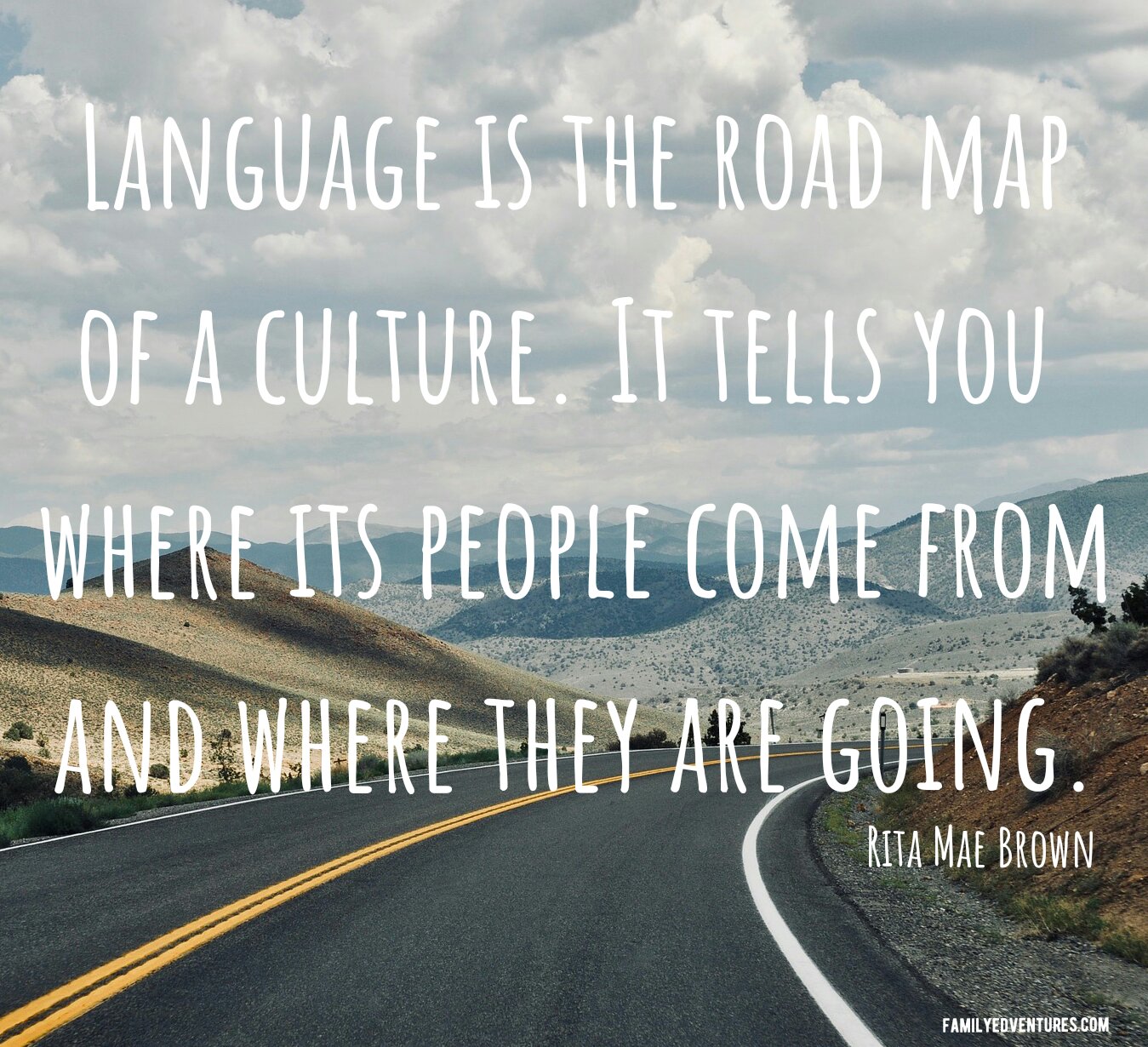 So it turns out there’s little truth to this myth and we have no excuse to learn a new language! I married a linguist in 2013. Since then I’ve bought every textbook and downloaded every app in an attempt to learn French. I didn’t see major improvements until I had children! Now, I’m not saying that you need to have kids in order to learn a new language but here’s why it helped (plus a few other ideas):

1. Hearing simple phrases every day – I have the slight unfair advantage that my husband speaks only French to our boys. We decided that he’d do this before we even had children. You don’t have to have a partner who’s fluent in another language though. By repeating simple words often and building upon them you’ll soon be able to speak full sentences. These CD’s by Michele Thomas (UK link Total French Michel Thomas Method

) are brilliant…he was an extremely talented linguist. It is recorded in a way that makes you feel as if you’re in a classroom setting with a few other learners. It’s not the usual ‘tourist French’ though. He doesn’t focus on teaching you to ask where the nearest taxi rank is or how to book a hotel room. You’ll learn that stuff and more but without knowing it! You’ll have to listen to them to understand what I mean!


2. Surround yourself with the language – music, books, TV. Anything that interests you…or in my case…constant old-school Spiderman cartoons in French! Music wise, Zest Of Zazie

is easy to listen to. Also, in our house everything that has a menu is set to another language! Change your phone’s language, the Xbox, tablet etc. You’ll be amazed how much you’ll learn!

3. Read together – subscribe to One Third Stories and receive a monthly box designed to “encourage and support a love for learning languages through beautifully-illustrated and skilfully-crafted stories”. Each box includes an illustrated story,  a digital audiobook narrated by a native speaker, an activity pack, and flashcards to reinforce their learning. 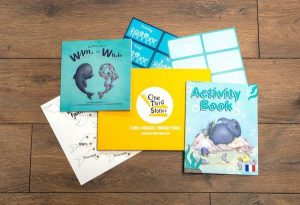 4 Play with words – learning a new language as a family has to be fun, so get some apps or set them to the language you’re learning if it’s available. Fun French is a free app for kids learning French (although you’ll have to pay to get full access). Duolingo

is perfect for older children and adults. Setting up an account is free and and enables you to choose from loads of languages. It feels more like a game…answer correctly and you move forward but get something wrong and you loose some progress. I especially like that it mixes spoken language with text. The idea is that you do small amounts of learning regularly…the app will remind you when it’s time! Memrise is fun too! Aswel as apps that are specifically for teaching French, remember you can often set other apps to other languages. We have Nighty Night set to French but it’s available in several languages. If you have Marvel fans then you can also get the Origin Stories about Spiderman, Hulk and Captain America in several languages too! If you have young children check out these language toys.

5. Classes – sign up to some classes together. If you have very small children then check out Lingotots who offer award-winning language classes for tots.  Take a look at their website to see if there are classes where you live.

6. Make mistakes! – children may not actually learn languages more easily than adults but having a child-like attitude can really help! They don’t feel self-conscious, they play with words and they don’t mind making mistakes. Accept that you’re not fluent and be OK with it! Pick a set time or place when you try talking your new language together e.g. at breakfast or on the way to school.

7. Allocate a time – it may help to choose a set time to speak a specific language. So, if you’re trying to speak more Spanish you could decide as a family to speak only Spanish at dinnertime. It’s easier for kids to differentiate languages this way too.

8. Travel – what better way is there to learn a new language as a family than to visit a country where it’s spoken. Practice your new skills every day! Depending on your confidence this can isn’t always as easy as we’d like it to be! If you’re like me, you may feel like an awkward thirteen year old in an oral exam again! Keep at it though…it gets easier. Travelling is so much simpler and more interesting if you can communicate with the people who live there…even a little! We can’t wait to visit some of the amazing places where French is an official language… 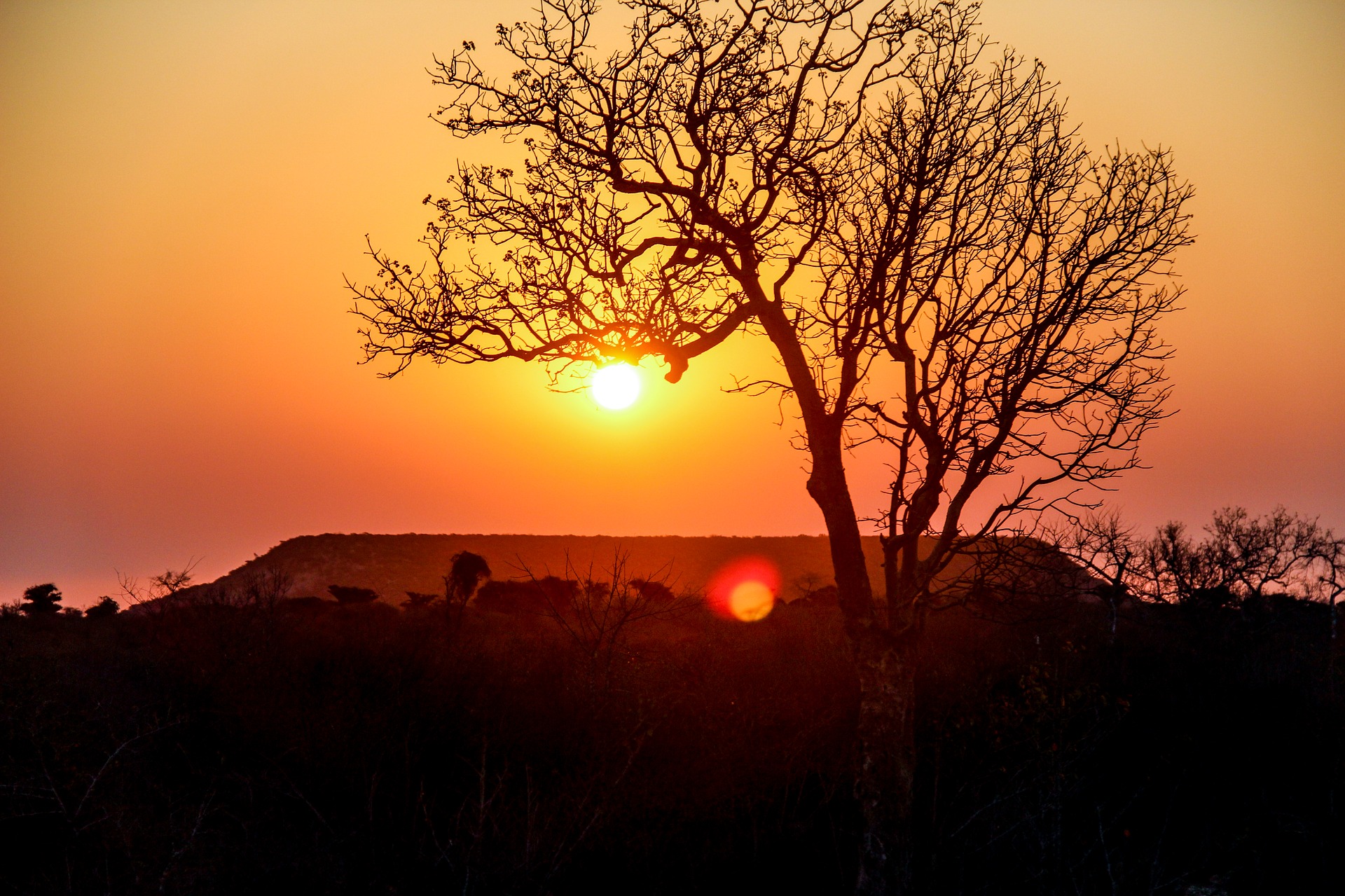 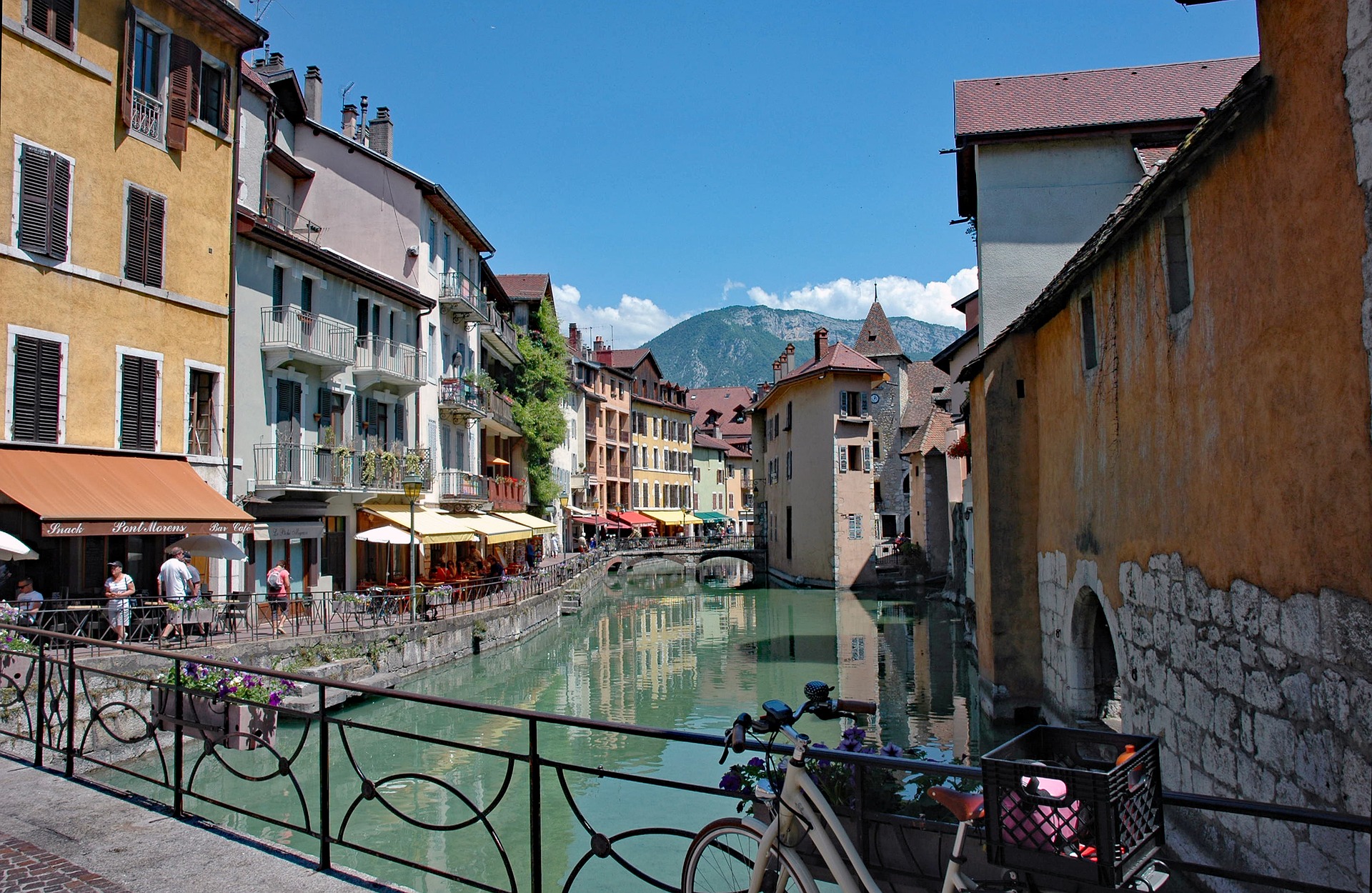