You are here: Home / Gentle Parenting / Parenting Rules That Were Made To Be Broken

I’ve always been a bit of a follow the rules girl. I generally did what I was told as a child (don’t ask my mum 😂), I kept my head down at school and I’ve never really been in trouble. Go me!

However, having kids of my own has really highlighted to me that there are some really weird ‘unspoken’ rules that we’re pressured to pass down to the next generation.

I call them ‘unspoken’ because if you dare to deviate from them then you’re most likely to be faced with a glare or three and a few disgusted looks.

Although, on occasions someone is confident enough to tell you that you’re a disgrace to the parenting world! 😂

So, what parenting ‘rules’ do I think were made for breaking?!

1. No climbing up the slide!

But, believe it or not, this rule divides parents!

There are those who think it’s irresponsible, dangerous and inconsiderate.

Others think it teaches spacial awareness, builds strength and teaches kids to consider others.

I’m 100% for teaching my kids to be considerate of others. If the playground is busy or there are little ones around then they need to be aware that climbing a slide isn’t perhaps the best idea.

My three-year old is now pretty good at deciding whether it’s OK to climb. My one year old isn’t so I make the decision for him.

Some parents go for a blanket no because they worry that if they allow it once then it will become a problem.

I’ve really not experienced that. Our boys accept that they can climb when it’s clear, safe and their turn.

As for the danger aspect…it’s a lot less risky than the 15ft spiderweb he’s been scaling since he was two! Only you know what your child’s capable of. 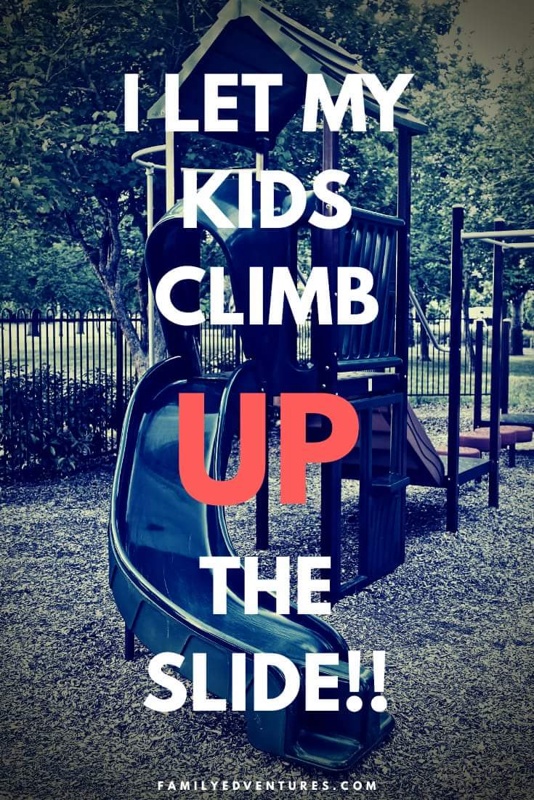 2. You must finish your dinner before you have desert.

Whoa! Yes you did just read that right. I don’t make my kids eat dinner before having pudding.

I won’t insist that my boys finish their dinner before having any though. Their desert is nutritious too. It’s part of our meal.

We have one fussy eater and one that will eat anything. Their eating has zero to do with whether or not I’ve allowed them a yogurt before finishing their potatoes.

I will not starve them until they eat or force them to clear their plate.

3. You must give your (insert name) a kiss good-bye.

I don’t need to say much on this one. It’s been pretty talked about over the past few years.

I teach my children consent. If they say ‘no thanks’ then that should be respected.

No guilt or shame should ever be put on them for that.

4. No splashing in the puddles.

Most of us know that parent whose kids are always dressed immaculately and aren’t allowed to go near anything that might jeopardize that…even when playing outdoors!

OK, if we’re on our way to a wedding or something then I’d discourage paddle splashing.

But, generally, I’m the one splashing first!

5. You mustn’t mix the playdoh colours!

It looks amazing with its beautiful marbled colours…for like 10 seconds…then it turns brown.

It’s really not the end of the world though.

You know when other parents take it upon themselves to tell your child that he must share his toys…uhh!

Nope! You don’t need to force a child to share to teach him to share. He’ll share when he’s developmentally ready (if he has it moselle to him).

Would being forced to hand over your mobile or wallet to someone teach you to share or make you more protective of your possessions…? 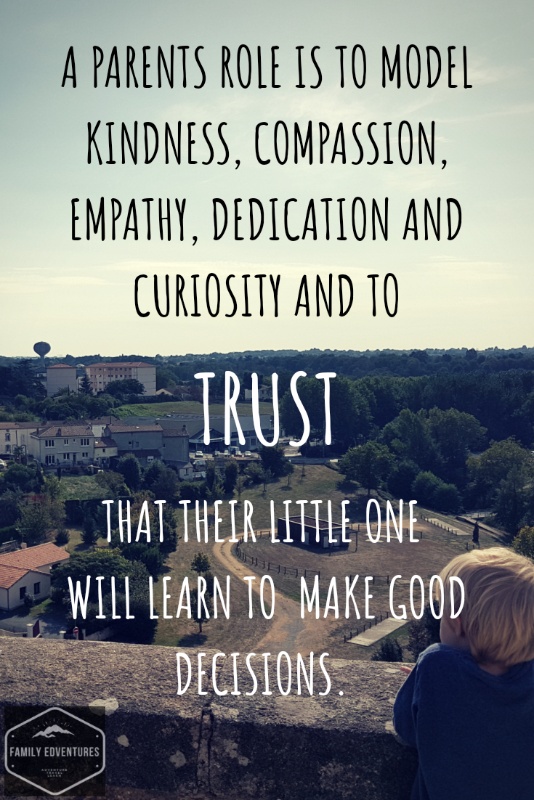 7. Children must attend school if they are to succeed in life.

Having worked in Education for 10 years before having my own children, I feel qualified to have an opinion on this one. Unlike the people who regularly ask me why my son isn’t in school (since he was two years old!)

I won’t go into it here but I’ve written another post about Why We’re World Schooling if you’re interested. There’s even one about how to respond to comments about your kids not being in school!

So, what do you think? Do you agree or think I’m crazy!?