You are here: Home / Gentle Parenting / The real problem with parents today…

I am so so sick of reading articles about how we parents are messing up our kids.

Apparently, it’s all because we’re addicted to technology, lazy…oh and also inconsistent with rules.

We’re bringing up impatient, bored and entitled brats and it’s all our fault!

I’m not sure where these writers hang out but that’s certainly not what most of the children I meet are like.

This article links increasing rates of childhood depression, ADHD and suicide with parents not being firm enough and using technology as a baby-sitter.

Whilst I agree that some of the issues she discusses can be detrimental to kids, I think she’s missed a major, major factor that affects modern-day parents and their offspring.

It’s far too simplistic to think that all would be well in the world if we just turned off our phones, spent an hour outdoors everyday and ate meals together.

There’s a much deeper issue at play and to me it’s far more worrying than a parent sitting on Facebook for half an hour while their toddler eats lunch in front of the TV.

The massive issue that most of these articles miss is that today’s children no longer have a parent whose role it is to take care of them.

They work, often more than one job.

They have so much information available to them. So many ‘experts’ dishing out advice that’s often contradictory.

They live in a society that believes that children are better off in childcare than they are with their own parents.

A society that views motherhood as a step down from being a career woman.

A society where people live in silos and parents often have to fulfil all roles.

Parents who once would have focused on raising their children in a community are now somehow juggling working full-time, having a successful career, cooking healthy meals, saving the planet, and doing all the other things that it takes to run a household.

And, let’s not forget…sharing and comparing snippets of their perfect life on social media.

That’s before they even consider the self-care that everyone keeps telling them is essential…like exercise, meditation, spending time as a couple and chilling with friends.

To be honest, I’m exhausted just reading all that.

I admit, I lasted a month as a “going to work” mother. OK it was half a day before I’d handed in my notice 😂

I just could not work out how so much was supposed to fit into such little time!

Let’s look at it in detail…

There are 168 hours every week.

Let’s say someone works 40 hours per week (although many employers expect even more from their workers!)

Say we spend an hour commuting each day. That’s 10 hours every week.

Many of us spend roughly an hour each day cooking, washing up and doing a little housework. That’s 7 hours and that’s if you’re quick!

I’ll add another hour each morning for getting ourselves and our kids washed, dressed and fed…another 7 hours.

Kids often go to bed at around 7pm to 8pm so let’s take off 3.5 hours each night that we can’t spend with them because they’re sleeping.

We’ll round it up to 25 hours when kids are sleeping and adults are awake.

Apparently sending kids to school all day isn’t enough so they’re sent home with homework to complete each night. We’ll allocate an hour per night for Primary children (although some Secondary pupils report that they do 3 hours each and every night!)

So, we’ll have one night off per week and call it 6 hours per week for reading school books and completing work set by a teacher.

Lots of kids do a group or club each week that lasts around two hours. So we’ll add that.

That leaves just 15 hours each week to do everything else. Grocery shopping, eating, running errands, visiting family etc etc etc and spending awesome quality time with our children that they’ll cherish for ever.

Our children, the most important things in our lives have access to less than 15 hours each week. If they’re lucky.

That is the heart breaking truth.

So, in response to these articles that blame lazy, inconsistent parents who allow too much technology and who spoil their kids…think about this…

Parents are tired because they are having to work too much for too little pay.

Parents feel that they’re failing because they should be able to do it all.

Parents may be inconsistent because they feel guilty that they’ve not seen their child all week.

Parents may well be suffering depression or anxiety themselves due to the pressure to be everything to everybody.

Parents may put the TV on for their children so that they can sit on their phone. Don’t just assume that they’re scrolling Facebook though. They could be buying the groceries, ordering some new school shoes, getting an insurance quote or trying to build an online income so that they can be home more with their children.

Maintaining all of this is just not sustainable.

It can’t go on without someone loosing out.

To make matters worse, everyone is so busy working that real communities are struggling to exist too. Parents often face more unhelpful judgement than they receive support.

Most heart breaking of all though is that despite all of the hard work and sacrifices, many families are still no better off.

We’re filling our lives with more and more stuff to distract us from the reality that is now so ‘normal’ we barely even acknowledge it anymore.

Our children deserve better than this.

They deserve to be spending time with people who love them unconditionally.

They deserve time to develop their social skills in a family environment, to get to know their siblings rather than just tolerate each other at the weekends.

They need time to find their place in the world and not have their worth measured by a bunch of assessments and exam results.

That’s why I lasted just a month as a working parent. 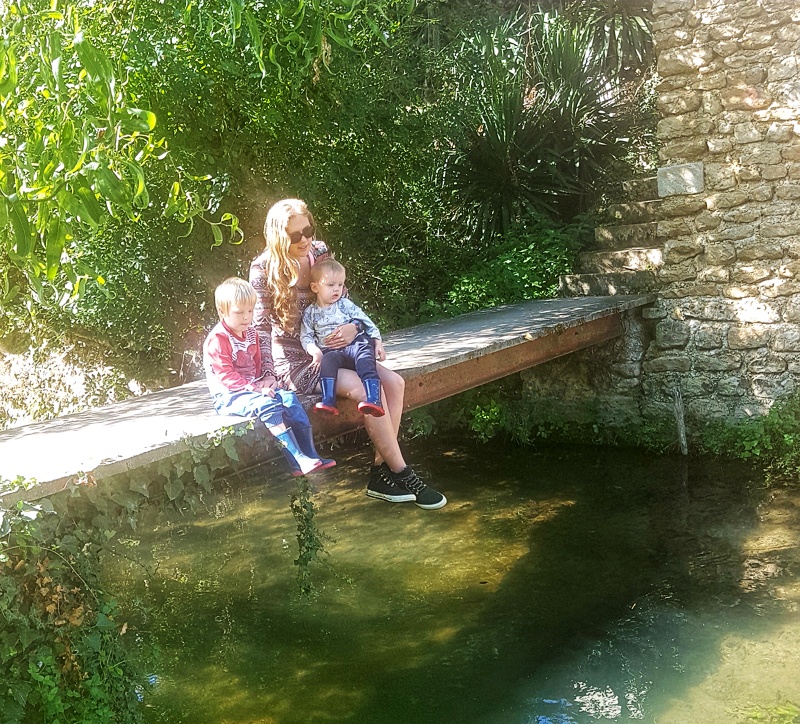 I quit my 9-5 job (more like 7am-8pm), started working online, minimilised our life and put our house on airbnb.

We don’t have much money but we have what is important…time with our family.

We’re just starting the process of figuring out how we can be free of the social norms that suffocate so many families.

Without a full time career I still find more than enough to fill my bullet journal.

So, that’s the real problem with parents today. From someone who worked as a preschool teacher and Wellbeing Advisor for a decade before having kids. If you liked this then please share it with friends using the buttons below…